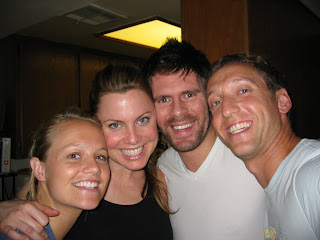 Back in March, I had an interesting trip to Columbus, OH for a bodybuilding show that ended in the ER at the Ohio State University hospital. There was an abscess on my leg that turned into staff infection. Thank the Lord that we caught it early enough that no major damage was done. After some heavy antibiotic, it was gone. Well a couple days ago, I noticed another spot on my leg that kind of looks the same as the other abscess did at the beginning stages of its growth. Sometimes, staff infection will lie dormant in your body and then rear its ugly head. Please pray that God heals the spot and that it isn't staff infection. Thank you so much for your prayers!
Posted by Pastor Mike at 10:14 AM 2 comments: 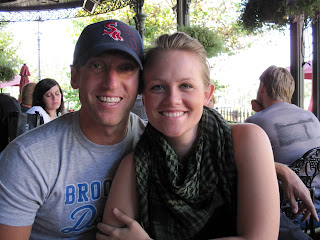 Yesterday, August 18th, was my birthday! It's hard to believe that I am 33 years old. And for those of you who do not know, I will be a father in my 33rd year on this earth - Holly is pregnant! Words can't express how excited we are to bring a child into this world. We need much prayer for wisdom and strength to raise this child in the ways of the Lord. What a blessing that God has bestowed upon us.
Please pray for our Hollywood Pastor's Unity Prayer we have tomorrow noon. Pray that God would reveal to us how we should pray for not only this city, but also for our hearts - that God would change us pastors to be more like Him. Without HIS perspective and His power, we will never see a change. God, please let the power of the gospel of Jesus Christ be released in Los Angeles!
Posted by Pastor Mike at 2:07 PM 7 comments: 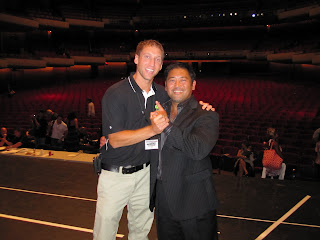 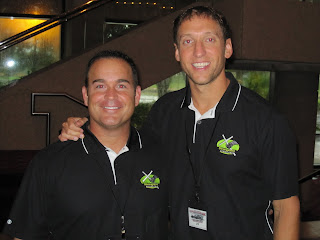 The 2009 Tampa Pro Bodybuilding Show was definitely one to remember! God afforded Stronghold Ministries new opportunities that we have never had. First off, I want to thank contest promoter Tim Gardner (in the top photo) for allowing us to have a booth at the show where Stronghold Ministries handed out free waters to athletes, fans, and officials. It was a huge success and many people who didn't know about Stronghold became aware. Not only that but Tim also allowed me to stand up at the Saturday night show and speak to the crowd about Stronghold and its mission. Tim, thanks so much.
Also a huge thank you goes out to Tom Toy, who put together a visit to the Tampa Bay Boys and Girls home with some of the athletes. It was a big success as well, as the video from that outing was played in front of all the fans at the Saturday evening show. The video can be viewed on you-tube - http://www.youtube.com/watch?v=sTk5cMaMVMk
Tom also was the one who organized and purchased all the waters for the event and had Stronghold Ministries labels made for each individual water that we handed out. Not only that, but he also had members of his small group fellowship help work the booth, all wearing Stronghold Ministries t-shirts. It was absolutely amazing! Tom, may God bless you for all your hard work. It is so much appreciated!
And on top of all that, God worked in new ways in so many people's lives! In fact, I only got a couple hours of sleep on Friday and Saturday night because of all the people that God had us minister to. Keith Jones (in the bottom photo) was ministering with me for the weekend, and God used him to touch many as well. Keith is such a blessing for Stronghold, and every weekend he ministers with us, it becomes more evident. Thanks for being such a blessing in my life Keith!
And a big thank-you to everyone who prayed for this weekend. Your prayers were powerful and effective!
Posted by Pastor Mike at 11:24 AM No comments: 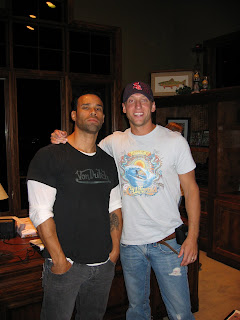 Please pray for me as I'm heading out the door for the airport to fly to Tampa, FL. There is the Tampa Pro bodybuilding show that Stronghold will be ministering at as well as speaking to the Tampa Boys and Girls Club on Thursday afternoon. Please pray for a powerful weekend where the Holy Spirit moves mightily and changes many lives! Thanks!
Posted by Pastor Mike at 10:46 AM No comments: 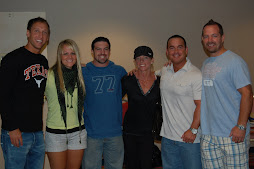